Hard to know where to start this post, and even as I type, a little voice is whispering over my shoulder, ‘Deadline! You should be working!’

Dearest editors, should you chance to read this – I WILL be working in just a few minutes.

Meanwhile, it’s a delight to be able to stop and draw breath. It seems to be one of the rules of this game (or maybe I’m just very disorganised) that the fun things you get to do as a writer all happen at a time when you’re supposed to be sitting at home hunched over a hot computer. This is the first day for weeks when there’s been absolutely nothing in the diary apart from ‘deadline -15’. I’m sadly excited by the prospect of a day drinking coffee, chewing gum and tapping out deathless prose only to delete it ten minutes later.

One or two edited highlights of the last few weeks:

New Discovery Number One – Those beautiful timbered buildings in the middle of Chester (see the Photo Gallery) are just as amazing inside. After the chairs were cleared away I snatched a couple of pics inside Bishop Lloyd’s Palace, where Dug and I met a roomful of lovely people as part of the Chester Literature Festival. It’s in Watergate Street – the route Ruso would have taken down to the jetty in search of missing furniture, housekeepers, etc.

I’d like to blame the Bishop for the luggage spoiling the photo, but it’s mine. Here’s one looking the other way:

New Discovery Number Two – the context that the traditional photos of Chesters bath house (on Hadrian’s Wall) don’t show you. This is the archaeology shot that appears in all the books:

Below is the picture you don’t see, showing the scenery. As I’ve said before, those Romans knew how to pick a location.

Old haunt number one is below –  the Ilfracombe coastline.

Old haunt number two was Housesteads Fort on Hadrian’s Wall. The idea for the Ruso books began to germinate after seeing a caption there which read,

“Roman soldiers were not allowed to marry, but they were allowed to have relationships with local women.”

The caption’s not on display now but the model soldier is still on duty: 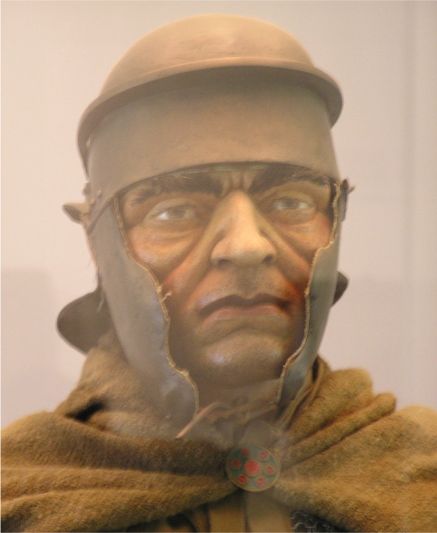 Is it just me, or does anyone else wonder why the local women would want to bother?