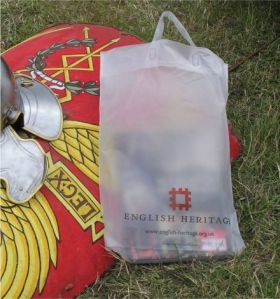 Just spent the afternoon enjoying the spectacular English Heritage Festival of History over at Kelmarsh Hall.

It’s always fascinating to be in the company of people who love what they do, and consequently do it very well indeed. Sadly the same can’t be said for my attempts to capture the atmosphere on video, which portray variously:

3) The Roman Army marching three paces and then halting in mid-step.

There are a few marginally more competent photographs across on the  Facebook page.

I completely forgot to photograph the beautiful display of Roman medical instruments laid on by Steve Wagstaff and partner Fiona, but am  now the proud owner of a reproduction Roman cataract needle. (Gruesome, or what?)

Meanwhile, having sized up all the options on offer, Husband has declared that he fancies being a Viking. Evidently you can be hairy and shout a lot. If that weren’t fun enough, there’s always the prospect of a little pillage.

2 thoughts on “So much to see, so little time.”