Currently in the very lovely and lively York, and by a stroke of luck it’s their Roman Weekend.  By a further bizarre coincidence the only person I know in the whole city was walking out of my Bed and Breakfast just as I left to go exploring this afternoon. Hello Sandra!

This evening’s drinks in the Black Lion were being served by slaves, following an auction in which the reluctant and chilly bunch below were sold to the highest bidders. The auctioneer was careful to check that they all had their own teeth: it was clear that even at the rock-bottom prices he offered, nobody wanted a sickly slave. 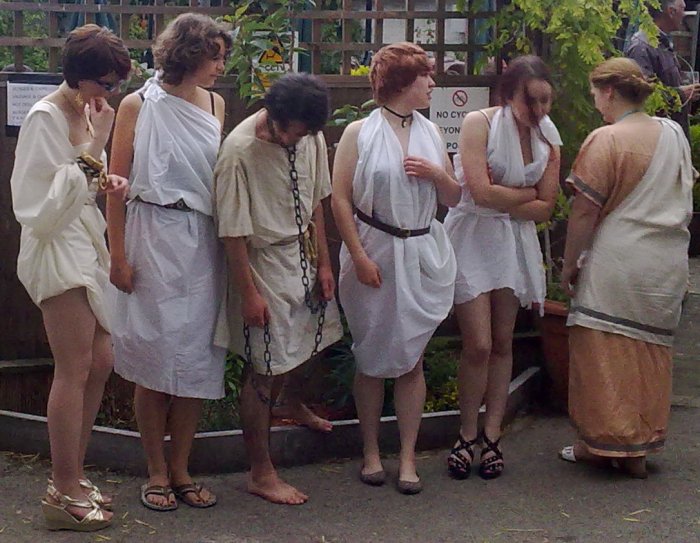 3 thoughts on “Slave, anyone?”