I’m anticipating a fairly quiet summer (no new book to promote until January, sigh…) but I couldn’t bear to miss Chester’s spectacular Roman Festival on the first weekend in June. So I’ll be joining a stellar cast of gentlemen – Ben Kane, Anthony Riches, Douglas Jackson and Robert Fabbri – in the book tent. I believe illustrator Graham Sumner will be around somewhere, too. I’m slightly worried about not being macho enough for this company, so if you’re around, please come and say hello, even if it’s only to ask where Book 5 is.

The full programme is here.  Just to whet the appetite, here are a few pics from last year: 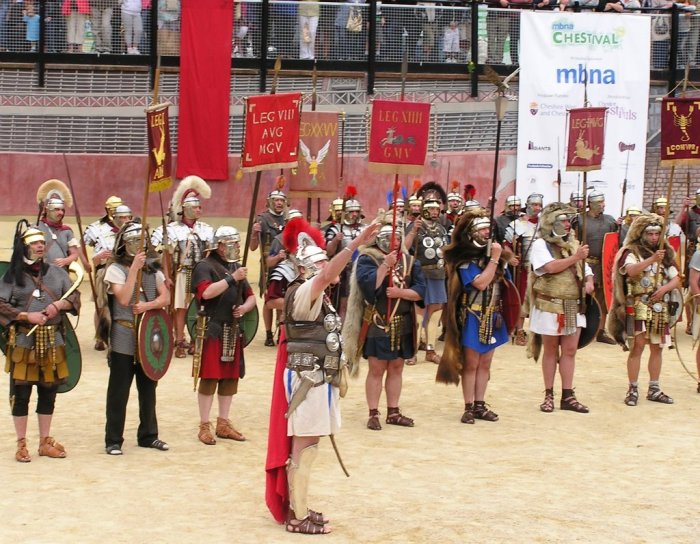 The standards of the Legions assembled from across the Western Empire. 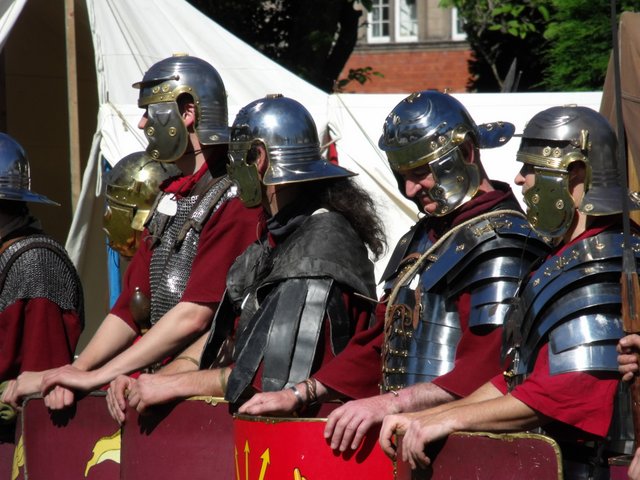 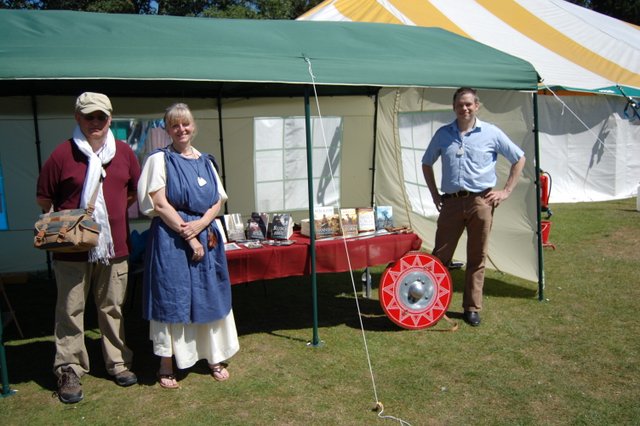 Getting the book tent ready last year – with Graham Sumner and Ben Kane. 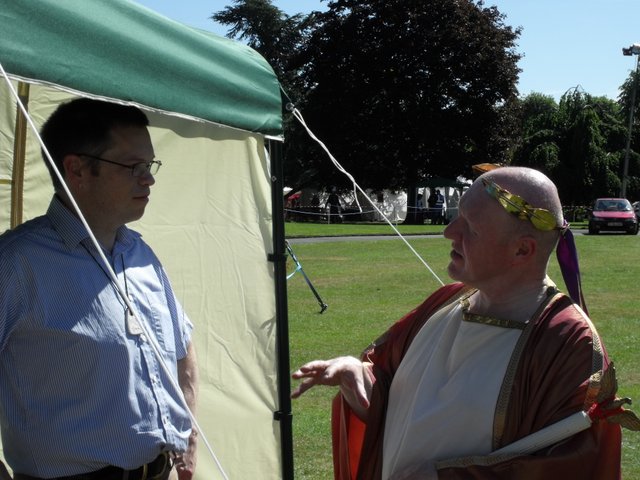 The Emperor Domitian explains a few things to Ben. 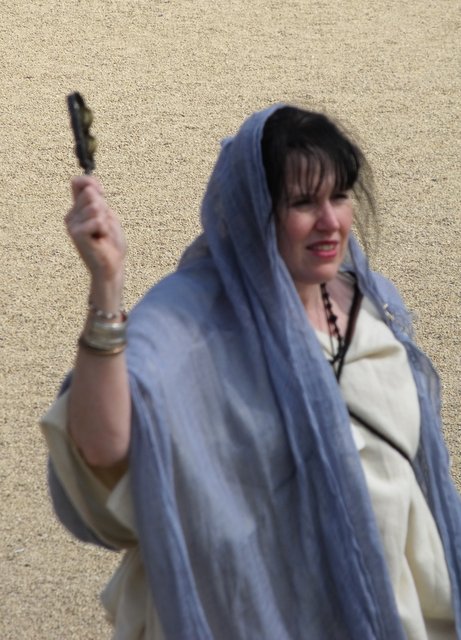 The priestess prepares for the Games. 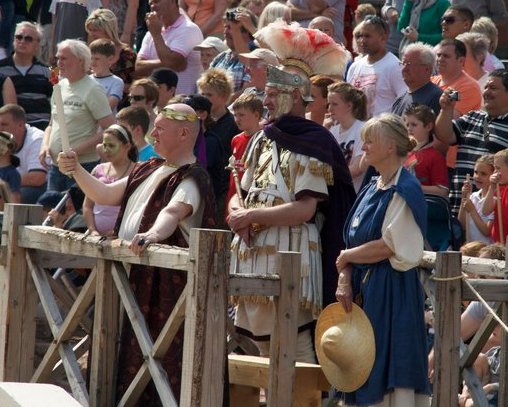 Standing at a not-very-safe distance from the Emperor Domitian, who has the power of life or death over… well everyone, really, but especially the gladiators. 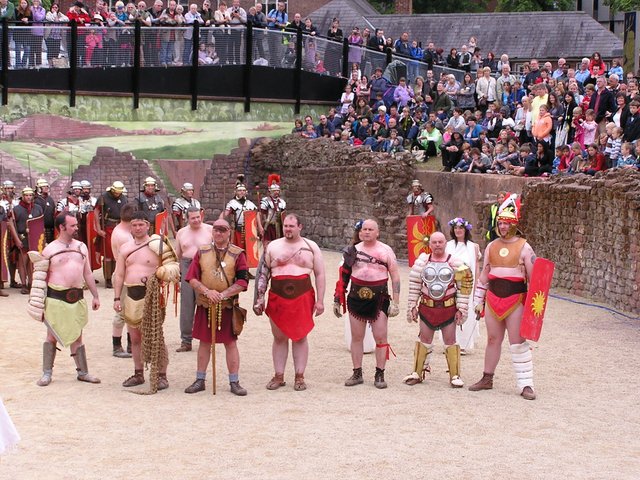 A few of the survivors. Not men to argue with. Behind them the stage scenery (below the walkway) neatly blends in with the real remains of Chester’s amphitheatre. The crowds are sitting where the Roman audiences would have sat.

The whole thing is organised by Roman Tours, who for the rest of the year provide armed guards to escort visitors around the  city. Not because Chester is dangerous, but because it’s so much more fun having Roman remains explained by a big man in shiny armour.