Butser Ancient Farm in Hampshire was full of Romans last week. There were soldiers and civilians, and families ranging from toddlers to grandparents. They were wandering in and out of the houses, feeding the sheep, eating, playing, laughing, working, shopping and having their hair done. 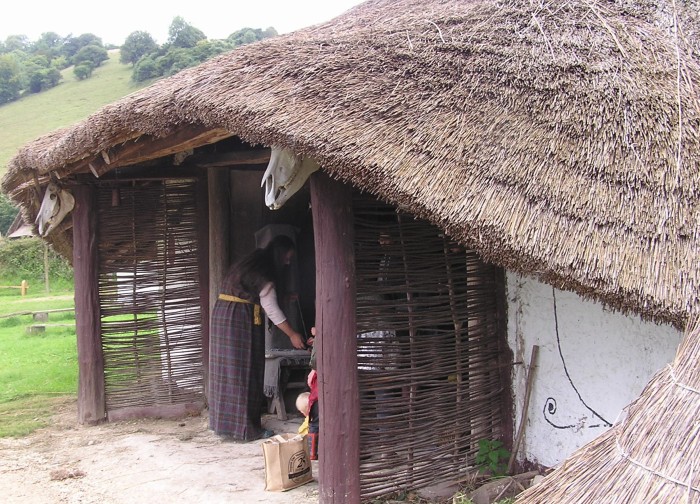 Some of them were even having their photos taken in silly poses: 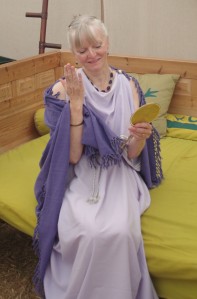 This splendid family day out was one of the Roman Days that Butser are running every week over the summer holidays, and last week’s theme was Wardrobe and Weapons. Costumes were on offer for anyone who wanted to dress up and the multi-talented Fiona Rashleigh was on hand to create authentic-looking hairstyles from unpromising material:

The hairpins, the mirror (the one I’m holding in the photo) and much else were made by Fiona’s partner Steve Wagstaff, who crafts replica Roman items that jump off the display crying out, “Buy me! Buy me now!” I’m not sure who made the shoes in the picture below, but more of Steve’s work can be just about seen on the far table.

Some of the photos of visitors in costume will be used to inspire new murals on the walls of Butser’s very own Roman Villa, which is currently being renovated:

Here’s what it looked like when we visited back in 2010: 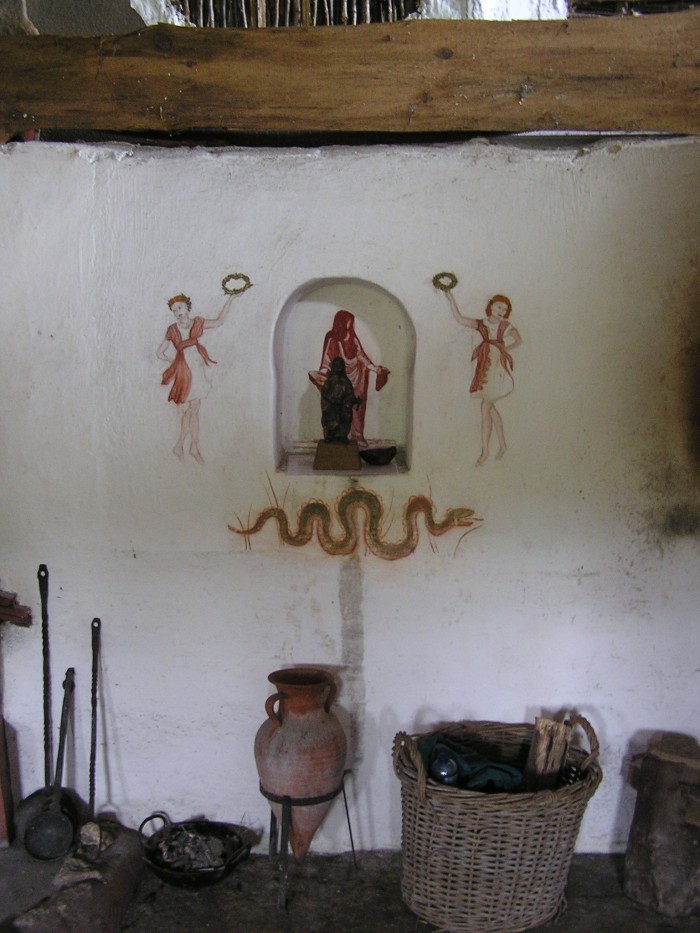 Hopefully the renovated Villa will be open again later in the year. Meanwhile there was still plenty to see and try out, including felt-making (but no photos, because they all came out blurry) and this – weaving a braid from the ends into the middle. Painstaking and highly skilled work. I’m guessing you’d want to choose your partner carefully. 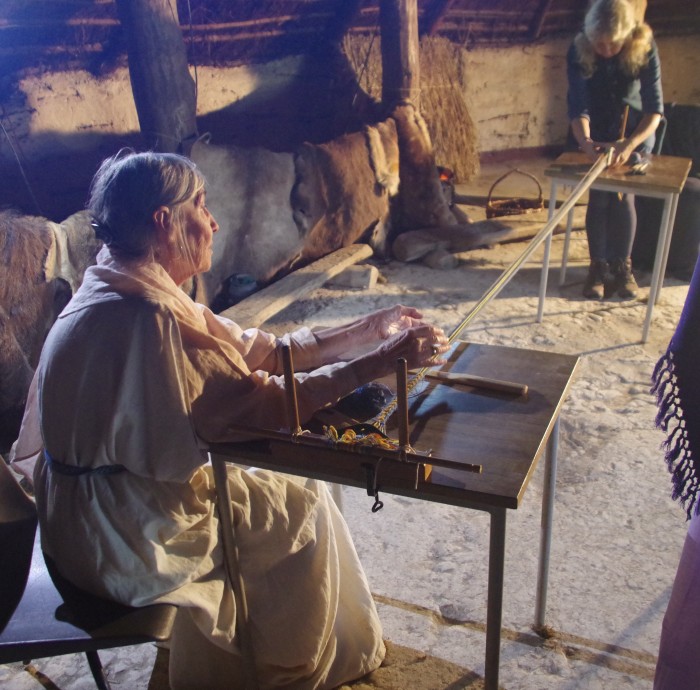 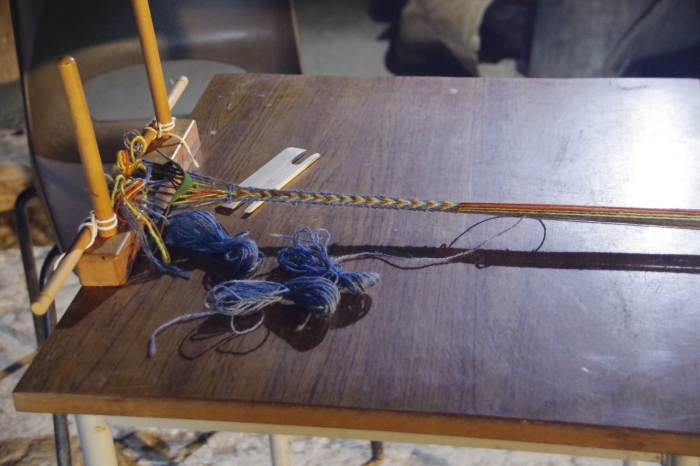 These are the farm’s Manx Loughtan sheep, an ancient breed. They’re about to be disappointed when they find out we haven’t brought any food.

This young chap will soon be off to charm the lady goats at a rare breed farm. Hopefully nobody’s told him that the best brushes for painting murals on Roman walls are made of… goat hair. 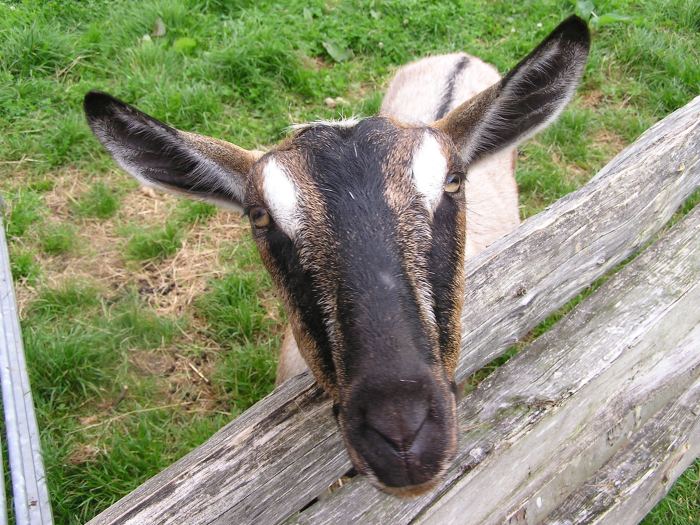 And finally, a couple of useful thoughts to take home from a great day out:

This work by Ruth Downie is licensed under a Creative Commons Attribution-Non-Commercial-No Derivative Works 2.0 UK: England & Wales License.
Permissions beyond the scope of this license may be available at www.ruthdownie.com.
Web Production by 3 Sheep Ltd.
Loading Comments...
Comment
×