After unravelling the mysterious murders in Deva, Ruso’s hoping to settle into a quiet life and concentrate on medicine. Unfortunately he’s been persuaded to travel to the northern borders of Roman Britannia, where Tilla has old scores to settle. The building of Hadrian’s Wall is still three or four years into the future, but already trouble is brewing. And naturally, Ruso is about to find himself in the middle of it.

‘This book… is even better than the first… This is a terrific series that historical mystery fans shouldn’t miss.’ – Margaret Cannon, Toronto Globe and Mail

‘A splendid sequel … This looks like becoming a dangerously addictive series of superior historical detective stories. It has a good sinister plot, finely drawn characters – Ruso himself and his spiky relationship with Tilla are wonderful – and above all, an enthralling and historically believable background in Rome’s distant, damp northern frontier.’ – Harry Sidebottom, author of the ‘Warrior of Rome’ series

‘…Presents an ancient medical practitioner in a far more humanly complex manner than is usual in modern historical crime fiction… The medical details are accurate, but do not intrude… Her novels demonstrate a talent for evoking second-century Britain and its denizens.’ – Times Literary Supplement

‘Who would guess that life and death in the far reaches of the Roman empire could be so darn funny?’ – Library Journal

‘This well-researched novel places Downie alongside such established masters of the Roman historical as Steven Saylor and Rosemary Rowe.’ – Publishers Weekly, starred review

‘Vance captures the volatility and rawness of the era, offering rich characters and a compelling saga that never ceases to excite the imagination.’ – Publishers Weekly, reviewing Simon Vance’s reading of ‘Terra Incognita’   The recording later won a place in the Mystery category of the 2008 Listen-up Awards.

Here’s the button to add it to your Goodreads shelf: 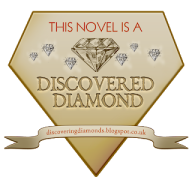